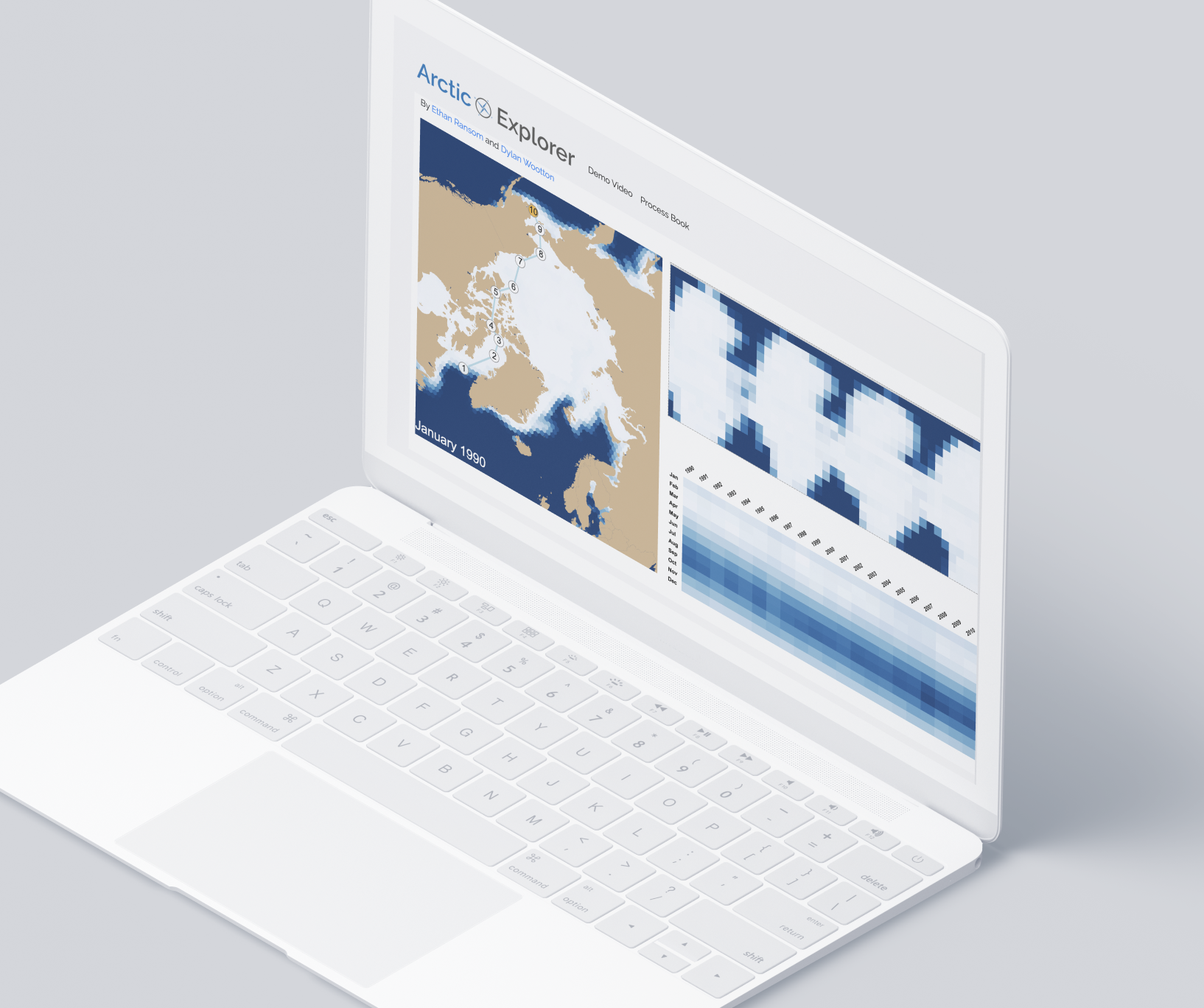 The Arctic seascape plays an important role in North American trade and defense; however, over recent years, the Arctic has undergone radical changes, altering current shipping routes and opening up new previously blocked paths. This work presents Arctic Explorer, a tool to visualize sea-ice concentration along paths over time. Arctic Explorer is used to circumnavigate areas expected to be blocked with ice and discover new routes that may have opened up.

Current approaches to understanding sea-ice in the arctic often rely on static maps. While useful, these maps do not provide the ability to understand how sea-ice changes over time and space– this is particularly important where spatial-temporal ice concentration is needed to understand the impact of sea-ice on shipping routes.

We conducted semi-structured interviews with two Arctic researchers who are part of The Golden Lab. The researchers were asked to describe their current workflow and using a modified creative visualization workshop, we elicited their analysis goals. This highlighted the researchers' need for seeing how sea-ice changes across specific landmark locations over time. 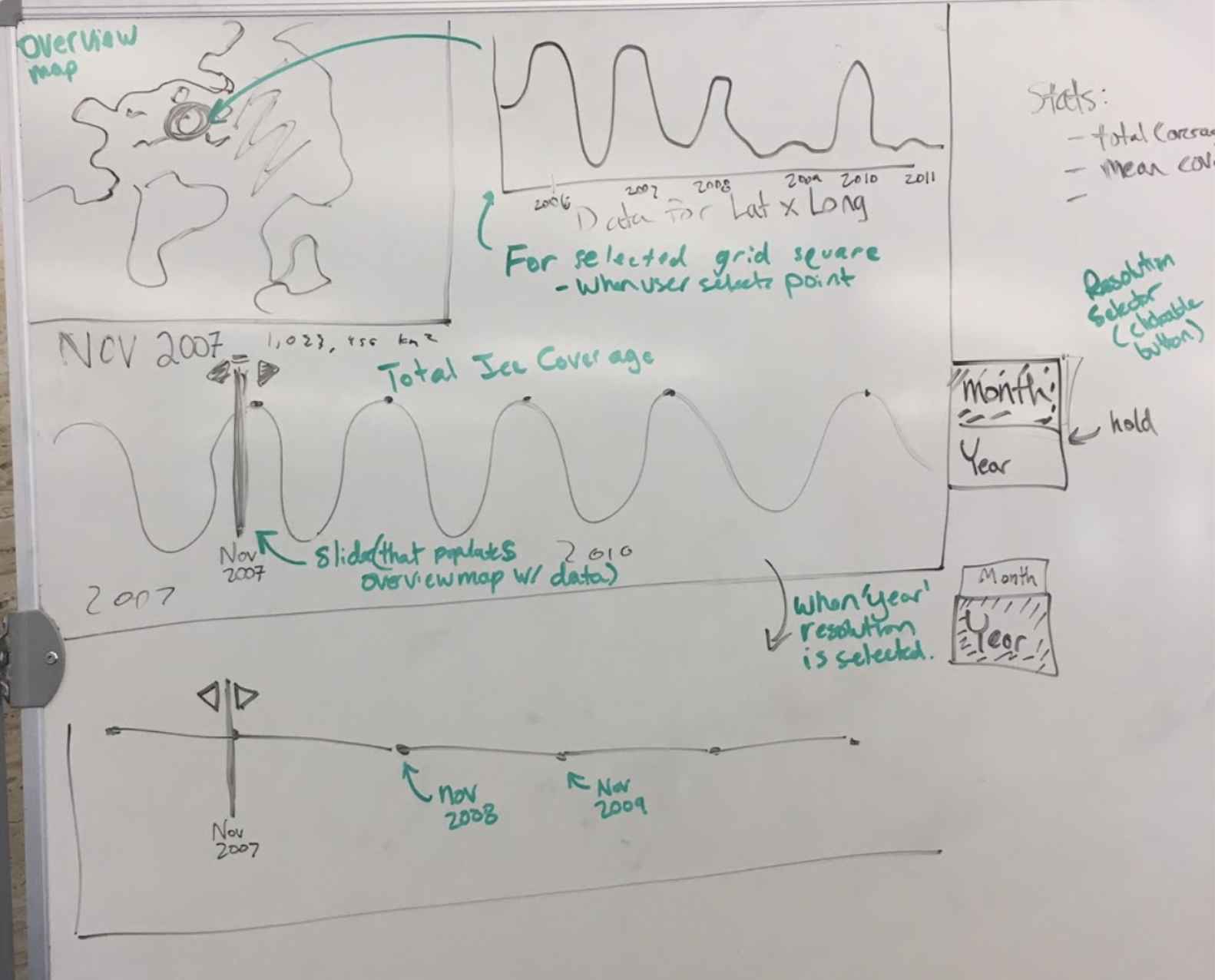 We conducted a followup interview with the researchers to understand their experience with the prototype. The researchers were able to quickly understand the visualization and identified patterns and trends in sea-ice concentration that would have been difficult to detect using traditional methods.